Journeys of a Psychic: Where souls Originated, from the experience of a servant soul 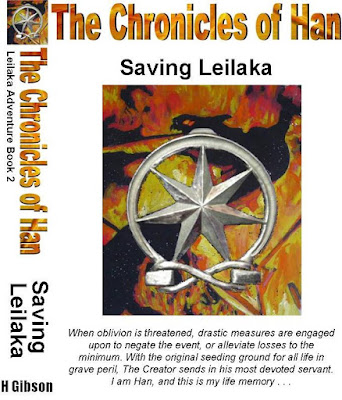 "You wish to know where you originate from, what the Guardians meant by you being a child, a son of the Cosmos and the Original Creator, your true Father and Mother.
As I understand, you need to know in order to be content, to move forward in acceptance of your fate."

"Yes" I confirmed, intrigued at how she had known of my unanswered questions.

"I have been given permission to re-educate you, for throughout your physical incarnations and service to the Cosmos, you had obviously mislaid your full memory and cannot find the correct files to come to the correct conclusions you need in this physical lifetime."

Gaping at her, I realized that I knew of the 'blank' areas in my recordings; parts where happenings, events and general knowledge were lacking or unavailable to me. It was these blank spots that tended to drive me up the walls.

"It is considered time to remind you" she continued. "As you know, I am connected differently with The Cosmos than most entities that dwell within the physical dimensions and the dimensions associated with the physical realms.

I am not going to go into detailed explanations and am only going to remind you in general terms.
This is your story, how you came into existence. It is not the history of many, but only the few.

You are older than most Souls, Han. I know you feel it within yourself. This feeling of saturation sometimes manifests in an unwillingness to move forward, the feeling of wanting to give up, to go back to your roots and to become one with The Cosmos.

I know it is a constant battle to renew yourself, to keep yourself interested in Life itself.

I know it is difficult for you at times, but I also know that there is so much that you have not yet experienced and that you can look forward to.

But back to your history which started long before the beginning of physical Creation.

There came a time when the Absolute Be-ness, All-Mind, All-Consciousness, or merely called Cosmos as we know our Creator in these realms of existence, wanted more than just to be.

From its Eternal Breath-Motion it created, differentiated or manifested into two distinctions: Spirit or Purusha, Father; and Pre-Matter or Mulaprakriti, Mother.

When Spirit and Pre-Matter came together, they created the Spirit of the Universes, which we also refer to as The Son, or Mahat.

At this time, through Mahat, The Cosmos created the Formless Worlds, Arupa or Higher Worlds as we know these areas to be today.

When Manifestation into the Worlds of Form, or Rupa, was contemplated, The Creator saw it fit to create or manifest helpers for Its Spirit-Consciousness, the manifestation of Itself It refers to as Its Son, for Mahat.

It was around this time that you and others like yourself were created. Those few of you that are left are the Original Servants to the Cosmos."

Ariëtte gave this information time to sink in. I understood the content on levels that I did not know existed within my being, seeing in my mind's eye elements and places and energy forms, Source Energy or what I know as Fohat, the Life Force of The Creator that permeates through everything.

Also what was called Mahat, that part of The Creator that was Its Will, that which connected everything with an all-encompassing knowing, The Creator's Spirit.

I frowned at Ariëtte, confused about these issues of Creation that I knew I knew intimately, yet did not know in this body-consciousness at the moment.

"I do not comprehend. I have a Soul, I feel and see myself as an individual, I reside within the flesh of this very physical body. Yet you say that my Soul is one of the oldest in Creation? That I had been an individual before Creation of physical worlds began?" I enquired from her.

"Yes. Most people assume that Souls, or The Creator's Children, were created when people or higher evolved beings started to inhabit physical worlds.

Before the physical worlds, before Rupa began, Arupa was created by Mahat, The Creator's Will. Within these Higher Worlds He created servants for Himself, and eventually children, giving them functions and responsibilities, allowing them to become extended manifestations of Himself, but not yet allowing them to function independently. This only came much later, when many more 'things' were happening.

This is where the planning of Creation into the physical realms began and the grid systems were introduced in order for The Creator to keep in constant touch with everything."

"Then all of us that see ourselves as individuals have a Soul?"

"Yes, for life to exist in any form, physical or non-physical, there must be a Life-Spark, a pinprick of light in order for individualism to thrive.

It does not follow that all Souls are the same. It depends on what The Creator's intention was when the Souls were created.

Some are Children, or Free-willed. Some are Servants in their many forms and guises, some are Celestial Beings which includes the whole range of Angelic Beings. It all depends on what The Creator wants.

New Souls are constantly being created, ensuring a supply of Life to start anew all the time. As the old Souls become redundant or wish to return to their Origin, the new Souls start to experience.

It is generally accepted by Children that they rank highest in the hierarchy of Creation. This is true, but to compensate for this perception and to maintain balance within Creation, Children, or Free-willed Souls are mostly limited to the areas of Rupa or the physical areas of Creation which includes the Physical Dimensions and the Higher Dimensions around certain areas.

Servants are allowed to go wherever they are needed, whether to incarnate into physical form as humans or any other physical group in order to give service directly to The Creator, to Higher Ranking Servants or to individual Children and groups of Children.

Lower ranking Servants may be withdrawn from physical incarnations back into direct service to The Creator or any of the Higher Servants that are responsible for the Manifestation, Building, Stability and Maintenance of the various areas of Creation.

As you know, you have been sent all over Creation. You did not stay in any single Universe or Dimension, but have travelled all over, seeing and experiencing physical and non-physical realms. You have given service to The Creator in many forms, serving in many departments, subjecting yourself to many adventures in servitude."

"It is my function" I told her and she leaned over, fondly embracing me with her huge bulk.

"And that is what The Creator loves about you" she laughed at me, releasing me to sit dishevelled next to her. "You do not ask questions, well, most of the time you just do. You are quiet, like it was in the beginning when there was no sound."

"Now there is such a cacophony with everyone clamouring for The Creator's attention that I can barely hear myself think!" I complained.

"For your delicate Servant Soul, I suggest you try and keep away from rowdy Free-willed children as often as possible" she smiled at me.

"It is not a joke" I retorted.

The Cherub came inside, serving us with goblets of green icy sherbet.

Ariëtte indulged in her sweet. I stirred mine a bit, not really interested in this delicacy.

"Why do Angels see themselves higher in rank than Servants?" I wanted to know from her, watching The Cherub close the door behind it.

"It is because they are higher in rank than Servants" Ariëtte replied to my question. "You were created into the lowest rank of Soul-group. You can be used, abused, experimented upon as The Creator sees fit. Alternatively you can be snuffed out of existence as an individual at any time that suits The Creator."

She placed her empty dish next to her before taking the goblet with sherbet from my hands, helping herself to the sweet I was obviously not going to eat.

"It might seem unfair" she told me between bites, "but The Creator needed something to experiment with, and your Soul-group was manifested first. It is not as if a Master was going to be perfect with His first try at something totally new, now is it?"

I shook my head.

"And what The Creator learned from that first, initial manifestation was how to create other entities to please Him, to help Him, to be His eyes and His ears and His hands, His feet, His heart. To feel, to experience, to manifest in the myriad ways that is being done all over Creation as we speak.
And He experiences ALL of it, on some level or another, all the time. He does prefer to re-experience individual Souls when they decide to come home, to stop being part of Creation and to become part of His Collective Consciousness once more."

"You are now talking about relinquishing individuality?" I wanted to ascertain from her.

"Yes, in its ultimate form it is True Death, for the Soul stops being a conscious individual part, it merges with, or becomes a part of The All-Consciousness again.

There are intermediate stages that some Souls prefer to go through before returning back to The Creator. This can be likened to 'steps' in returning home where they will be educated as to what they will give up when becoming One with The Creator.

Most of these Souls wishing to return really do not wish to go on with Life, whether in physical or spiritual form. They are tired, depleted, dissatisfied with their experiences, feeling redundant or just filled to the brim with emotion – they simply do not have anywhere else to go."

"And those Souls I have destroyed?" I wanted to know.

"They have become part of the building blocks, the Aether or electrum of The Universes."

"Then their Souls did not return directly to The Creator as happens when an individual decides to stop Living?"

"No, it did not, but their Recordings had already been captured within The Cosmic Recording System and would not be lost. It is only the individual Soul that is no more. The same goes for 'lost' Souls. If their Guardians and loved ones cannot awaken them in the holding facilities around the individual planets, they ultimately stop existing, becoming Aether, dissolving back into the Cosmic Fibers of Creation."

"Energy cannot be destroyed, it is simply made to work in other ways."

"Yes, Han. It is simply made to work in other ways."

www.chroniclesofhan.com
Posted by Chronicles of Han at 3:31 AM

Behind the Scenes Blog Booklet 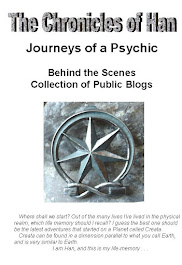 Chronicles of Han Behind the Scenes Blog Booklet 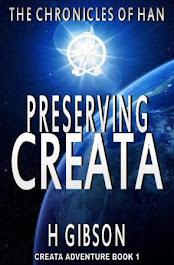 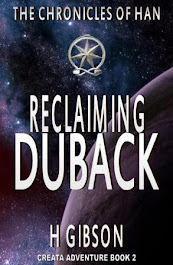 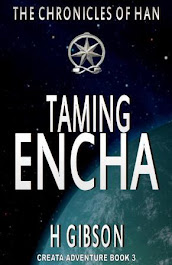 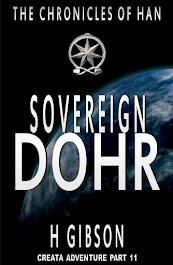 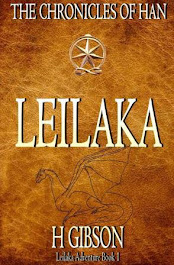 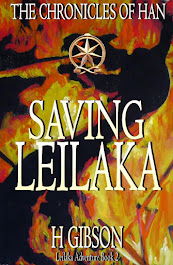